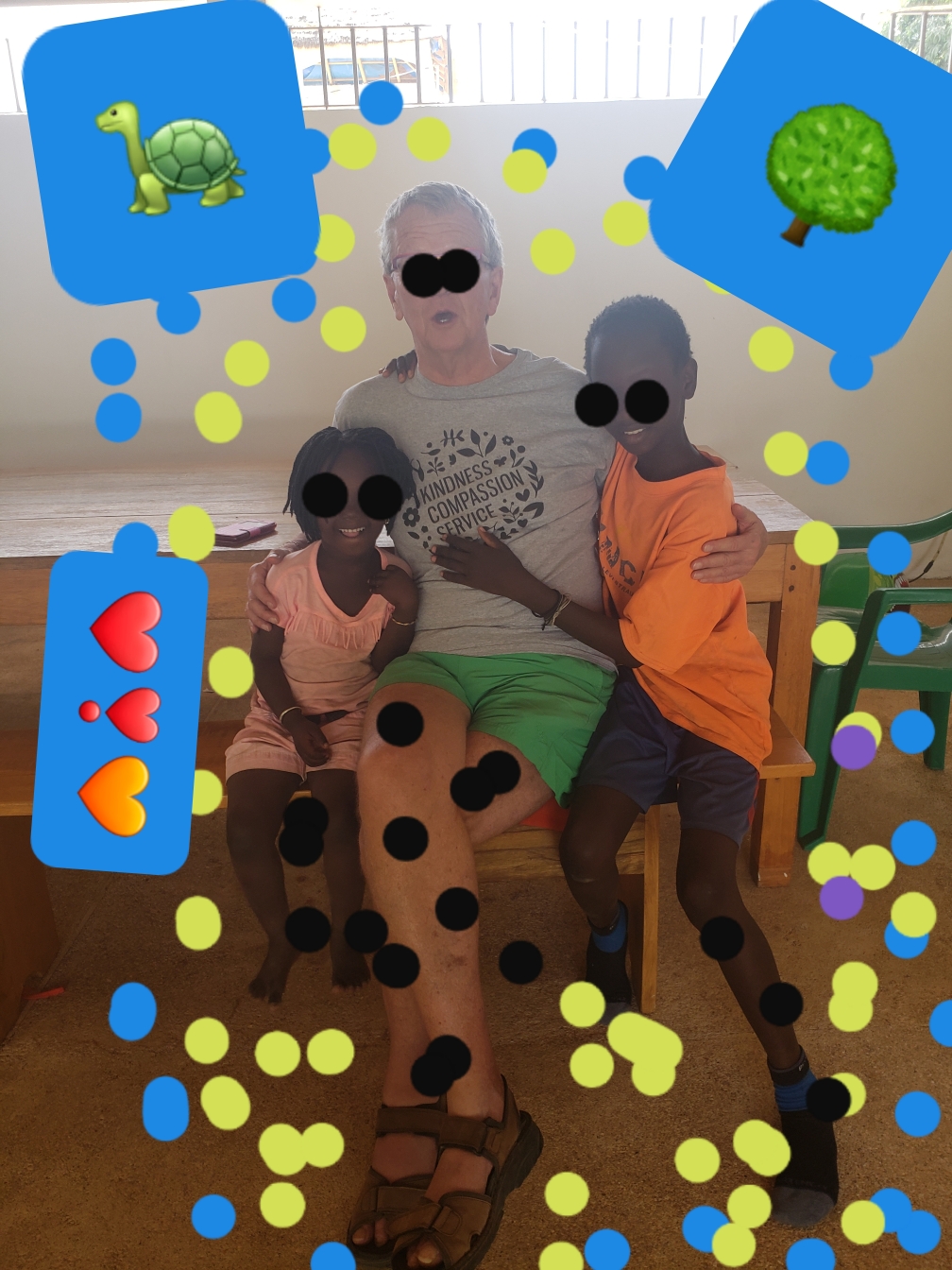 Back home in Belmont, Canada, I volunteer in a class of 10- and 11-year-olds. They’re marvelous kids. In our culture, if an adult touches a child who’s not in his family, he’s suspected of being a bad person. Therefore I don’t initiate hugs with kids. Still, if they come at me with arms open, I don’t turn away. We hug.

Our society is so touch poor compared to Senegal. Yesterday an old friend came to visit. Ali and I became buddies when I travelled to Africa for the first time – last December. He spoke very little English and I spoke very little French but we connected. Deep communication includes the subtleties of language but goes far beyond that. There are the eyes … and there is the touch.

Ali snuggled close in the chair with me and fingered the bracelet on my left wrist. He gave me that bracelet long ago, gesturing that I should hold up my arm and then slipping it over my wrist. Back then, the beads were held together with yarn, and one day in Toronto, in my room at the bed and breakfast, the beads spilled onto the floor. Happily I found them all, and soon began the search for repair.

Kids at school tried their best with more yarn but soon that one broke as well. The owner of a jewelry shop experimented with a few things, without success. Finally she found a stainless silver chain narrow enough to enter the holes of the beads. Two days before I flew to Belgium and later Senegal, Ali’s bracelet reappeared on my wrist. And now he was touching the beads and the skin beside them.

Ahh … the warmth of the skin, two arms just resting together. There is an abiding with no desire to move on to something else. Ali is fascinated with my grey hair and sometimes runs his fingers through it. He’s also made valiant efforts to braid little bits of it … amazingly with a little success!

Ali and his brother Ansou accepted my offer of bracelets from Canada. Several kids in the Grade 5/6 class created them for the Toubacouta children. Right now I can’t remember which Canadian child provided the adornments that now rest on the brothers’ wrists. “That’s okay, Bruce. The donor will be revealed in the fullness of time.”

I’ve never been a dad or a grandpa. Oh … what I’ve missed! With the help of Ali, Ansou and a whole bunch of young ones in Belmont, I get to know all about family. Lucky me.